Addison County Is Now Home To The Largest Anaerobic Digester In The Northeast. So How Does It Work?

Goodrich Family Farm in Salisbury is now home to the largest anaerobic digester in the Northeast. Several dozen people, including Gov. Phil Scott, gathered at the dairy farm Wednesday to celebrate.

So how exactly does the digester work? 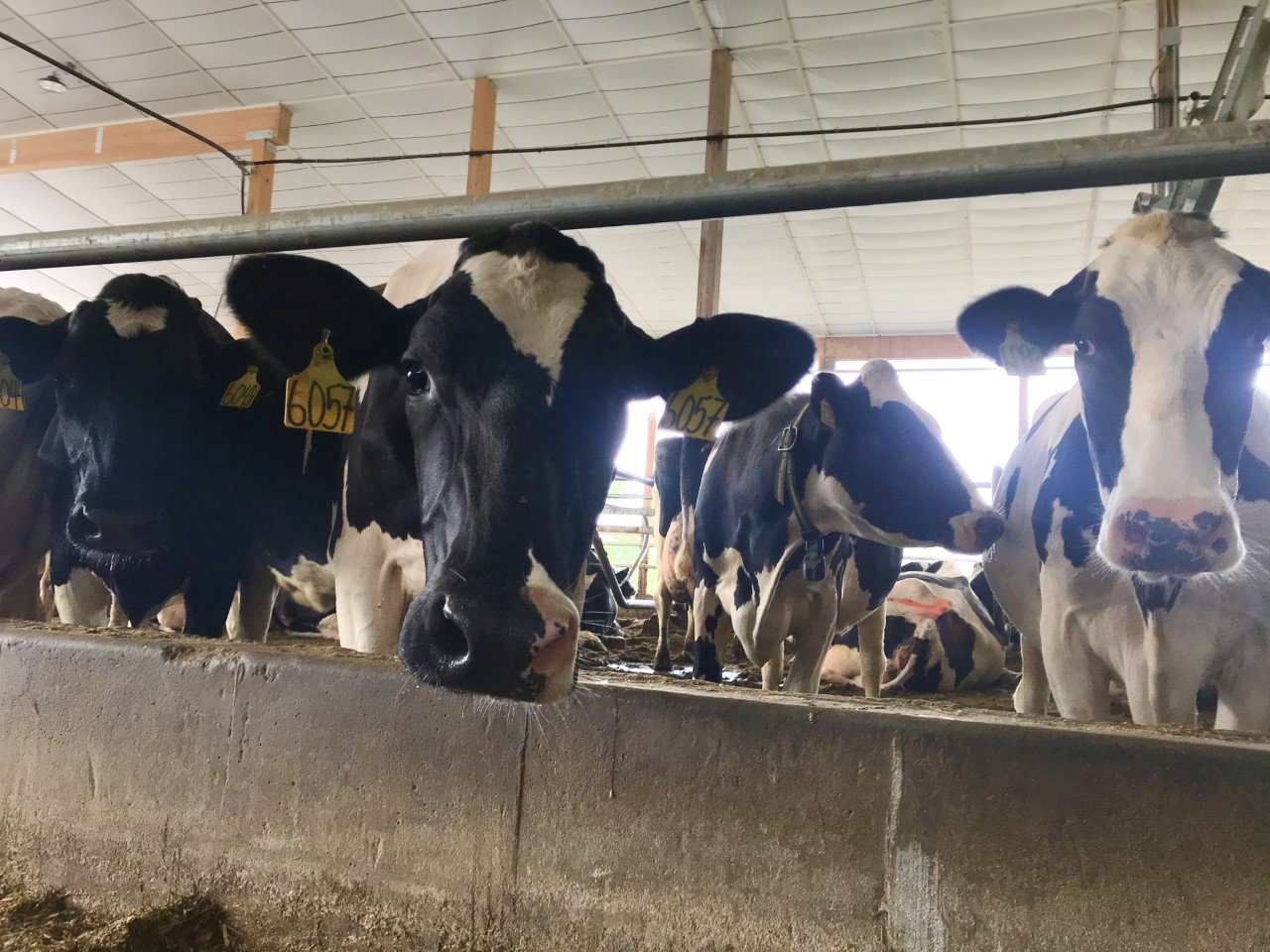 The digester has the capacity to turn more than 180 tons of food waste, and 100 tons of cow manure, into biogas in a single day.

Unlike traditional natural gas, it isn’t a fossil fuel extracted from the ground, but from existing organic materials.

In this case, it’s from things like wastewater and spoiled food from Cabot and Ben & Jerry’s, and then the cow poop from the farm.

All that goes into this holding tank: 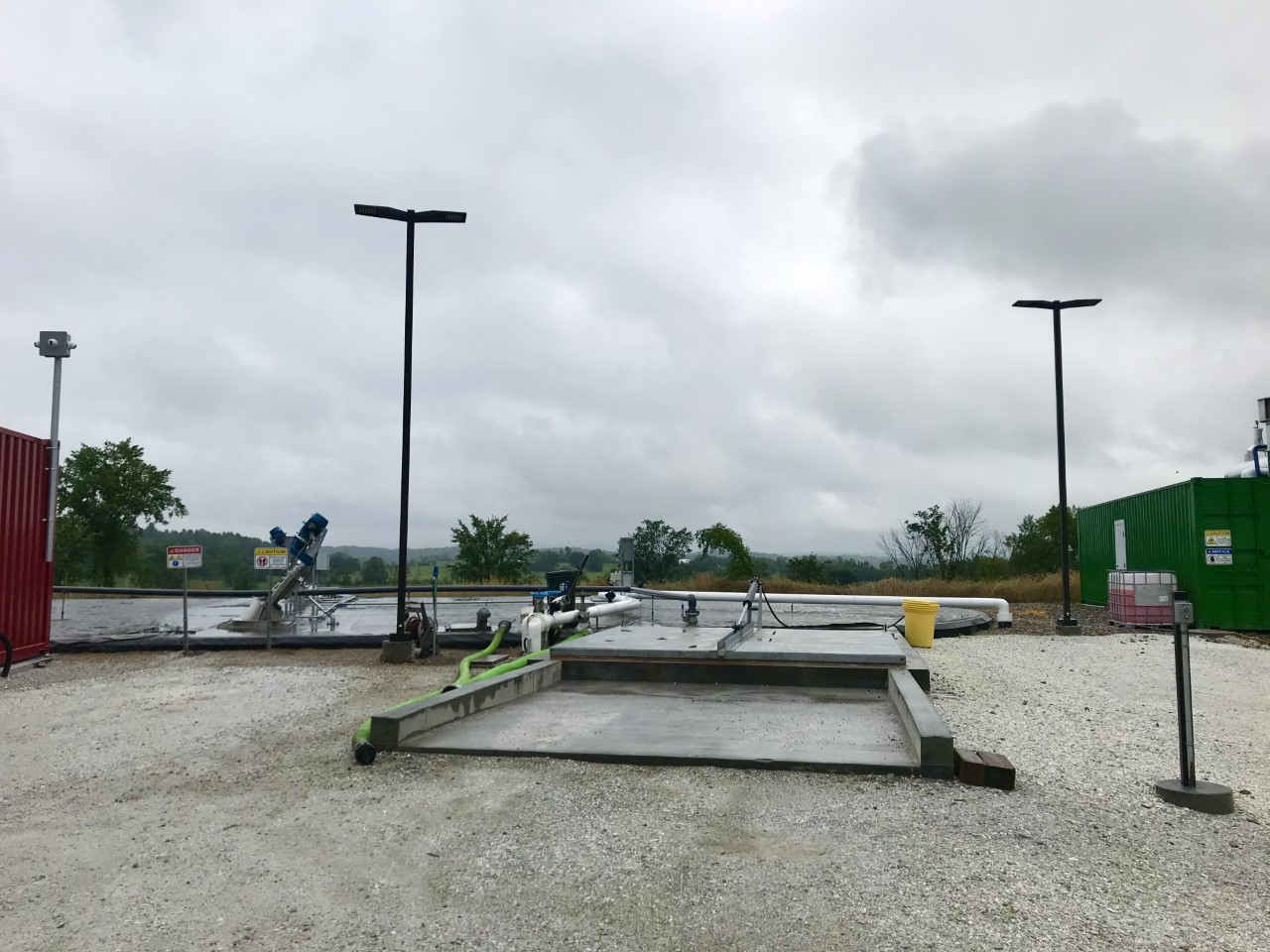 According to John Hanselman, the CEO of Vanguard Renewables (the waste-to-energy company partnering with the farm), these materials then go into this “2 million-gallon Instapot,” where they’re heated to 105 degrees.

Microbes in the manure eat the waste and excrete biogas.

That raw biogas is converted to natural gas in this station: 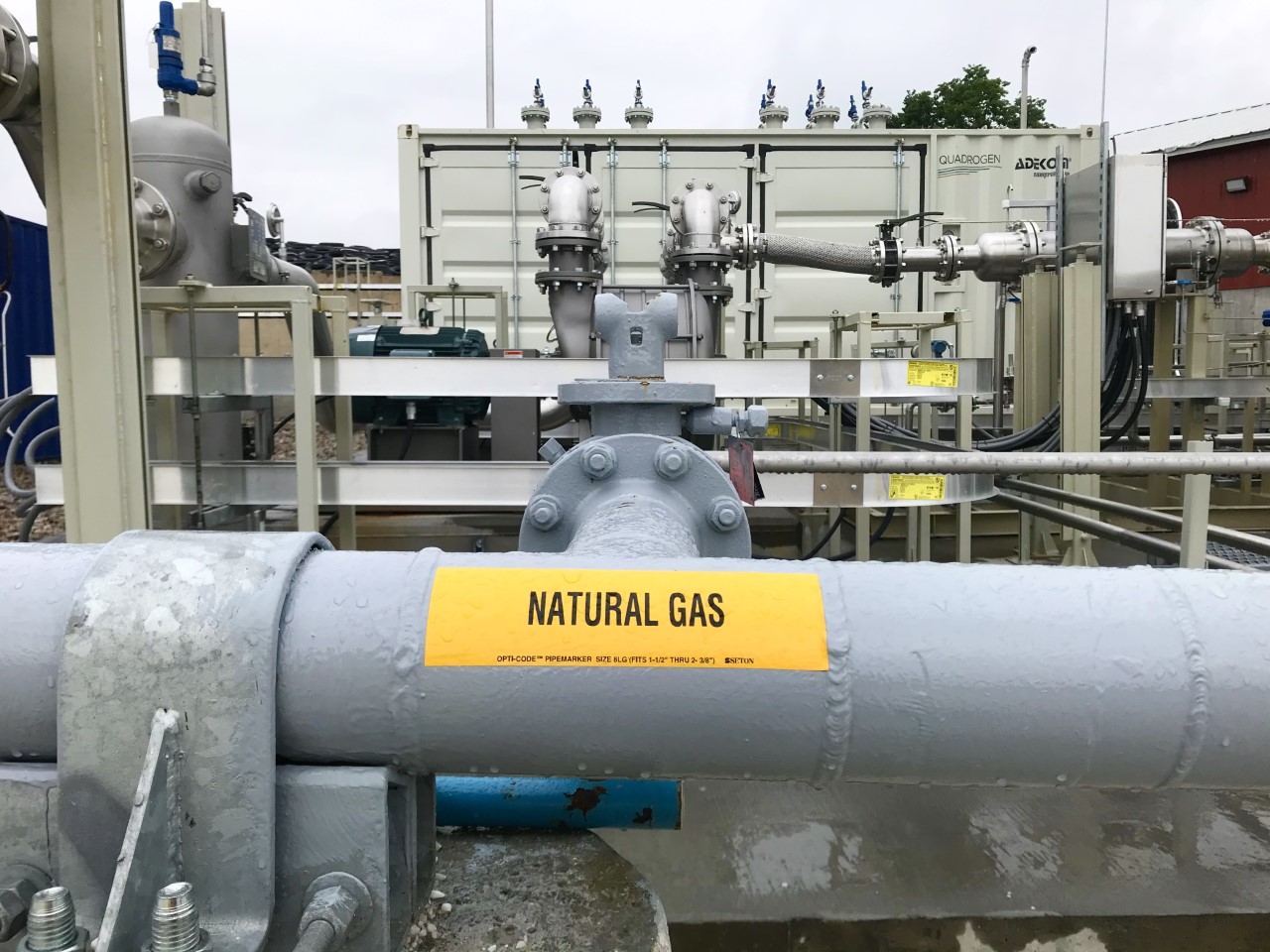 It uses high pressure to break apart and isolate the methane molecules, aka natural gas, that then enter the Vermont Gas system.

Middlebury College plans to purchase a little more than half of the gas created by the anaerobic digester to replace its current use of traditional natural gas. The school expects this to fall into place sometime in 2022.

Then there's the byproducts. Once the gas is extracted from the organic waste, that liquid is prepped to become fertilizer for the farm. It goes through this dissolved air flotation (DAF) system that removes phosphorous to reduce pollution in Otter Creek and Lake Champlain.

The phosphorous is pressed, dried and made into cakes, which can be sold to places like nurseries. 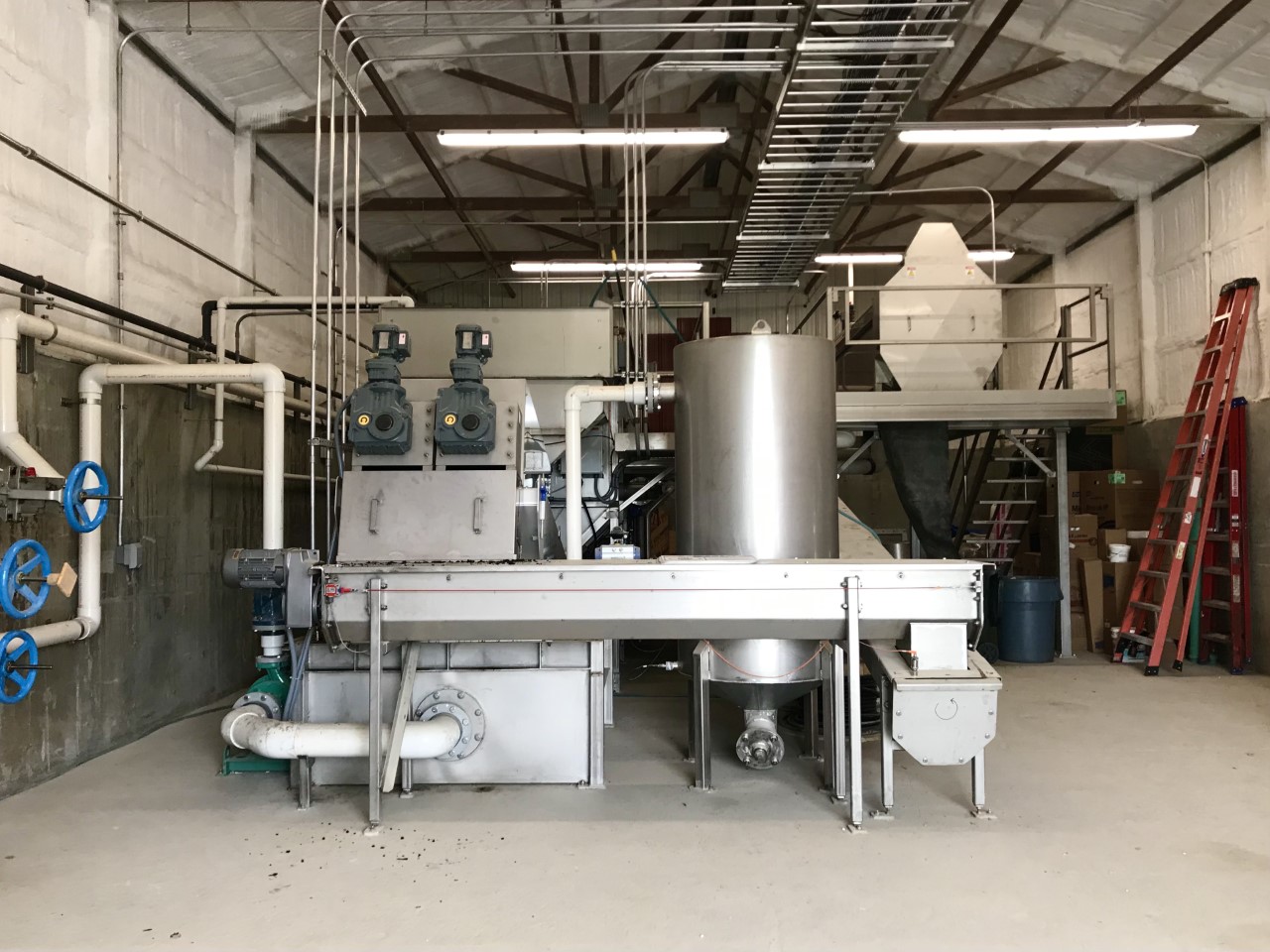 Prior to the farm’s manure ever going to the digester holding tank, it’s separated out into liquid and solids. The solids are dried out and made into bedding for the cows. 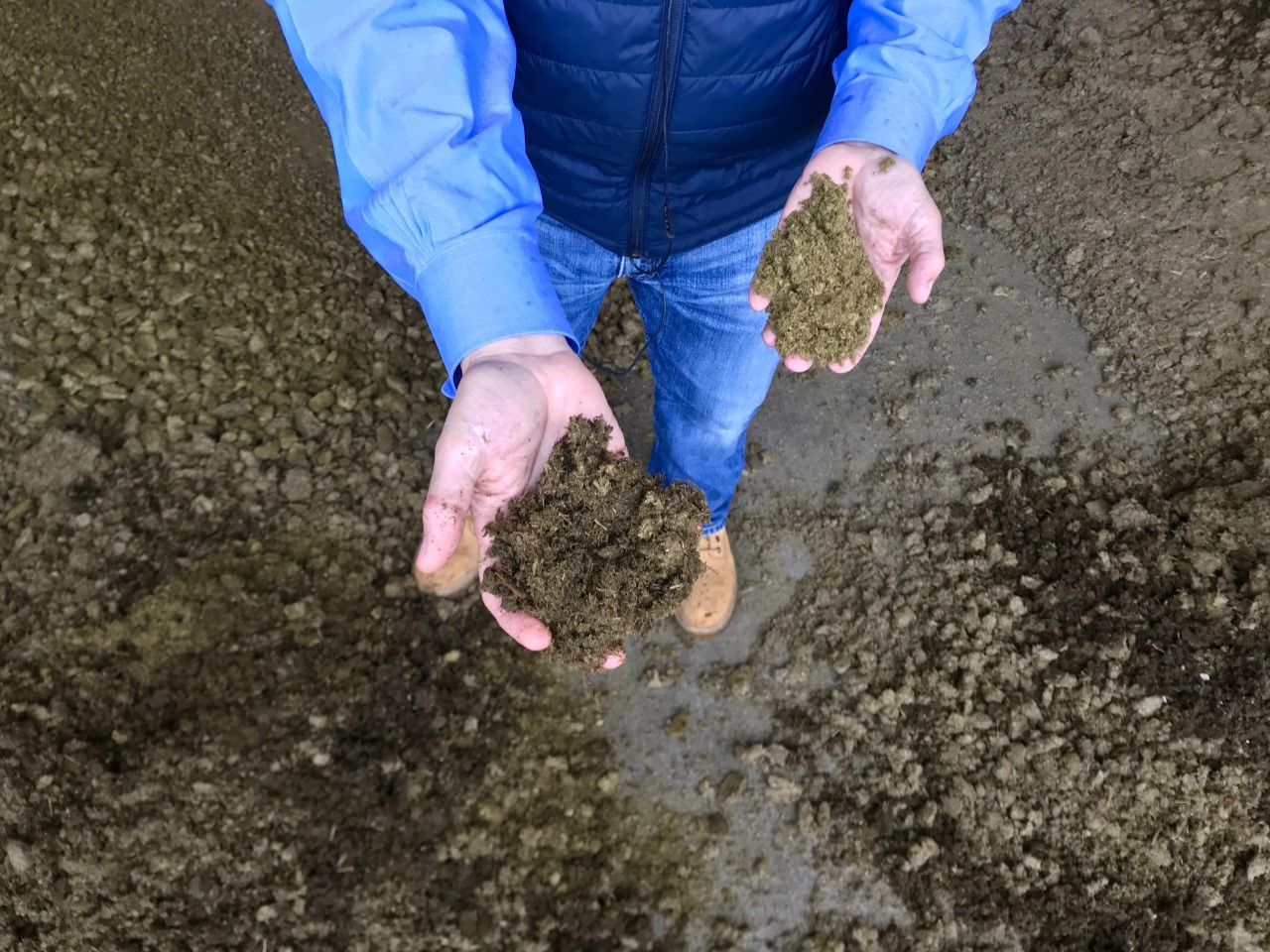 According to Goodrich co-owner Danielle Goodrich-Gingras, the digester is good for business: "This project didn't really change how many more cows we were taking on. It just allowed us to, you know, add income without having to add more milk. It definitely diversifies some income for us."

For context: Goodrich Family Farm is one of just under 600 conventional dairies left in Vermont, down from nearly 1,000 in 2021.

And last but not least, an interview with a Goodrich Family Farm cow, for posterity:

Have questions, comments or tips? Send us a message or tweet digital producer Elodie Reed @elodie_reed.

Farms Will Harvest Food And The Sun, As Mass. Pioneers 'Dual-Use' Solar

Paul Knowlton owns 300 acres of land in Grafton, and farms about 50. The farm has been in his family for five generation, ever since Knowlton’s great-great-grandfather settled in the Blackstone Valley in 1872.

These days Knowlton grows pumpkins, squash and corn. Up a gravel road, past the family cemetery, corn stalks are still standing from this year’s crop. “Considering the drought situation, we did fair,” Knowlton says.

A hand recount shows that Simsbury voters overwhelmingly approved a multimillion-dollar land deal in their town Tuesday evening, after a ballot preparation error led to thousands of votes not getting recorded by a machine tabulator.

After A Missed Year, The Big E Announces Return

Several Massachusetts entertainment venues have announced they will be in full swing this summer. The Big E in West Springfield, one of the largest annual agricultural fairs in the country, is among them.

I first met Hassan Aden last spring. My farm in Northampton, Massachusetts, sits right next to the half-acre plot that Aden and his family began working in May.