This week the new Hartford Line commuter rail will link Springfield, Massachusetts, to New Haven, Connecticut, and cities in between. For less than $16, commuters can catch more than 12 trains each day and travel speeds up to 110 miles an hour.

In its heyday, the Hartford rail line offered passenger travel at its finest. Each hour, it brought New Yorkers to Springfield and on to Boston—or through Vermont all the way up to Montreal. And through the 1940s they often traveled in a Pullman car. 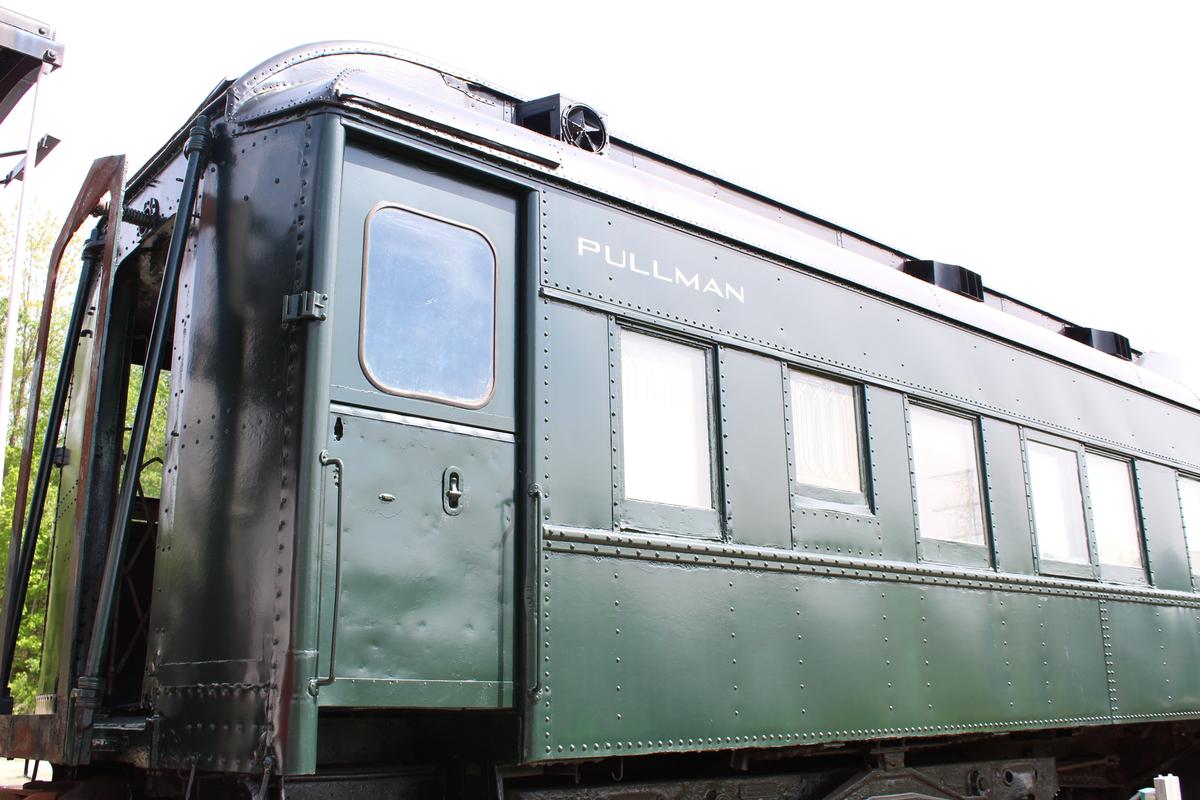 Howard Pincus, a trustee of the Railroad Museum of New England, showed me inside the steel Pullman car, painted forest green. We walk past a drawing room and sit across from each other on pale green seats. The car features air conditioning and full service dining. 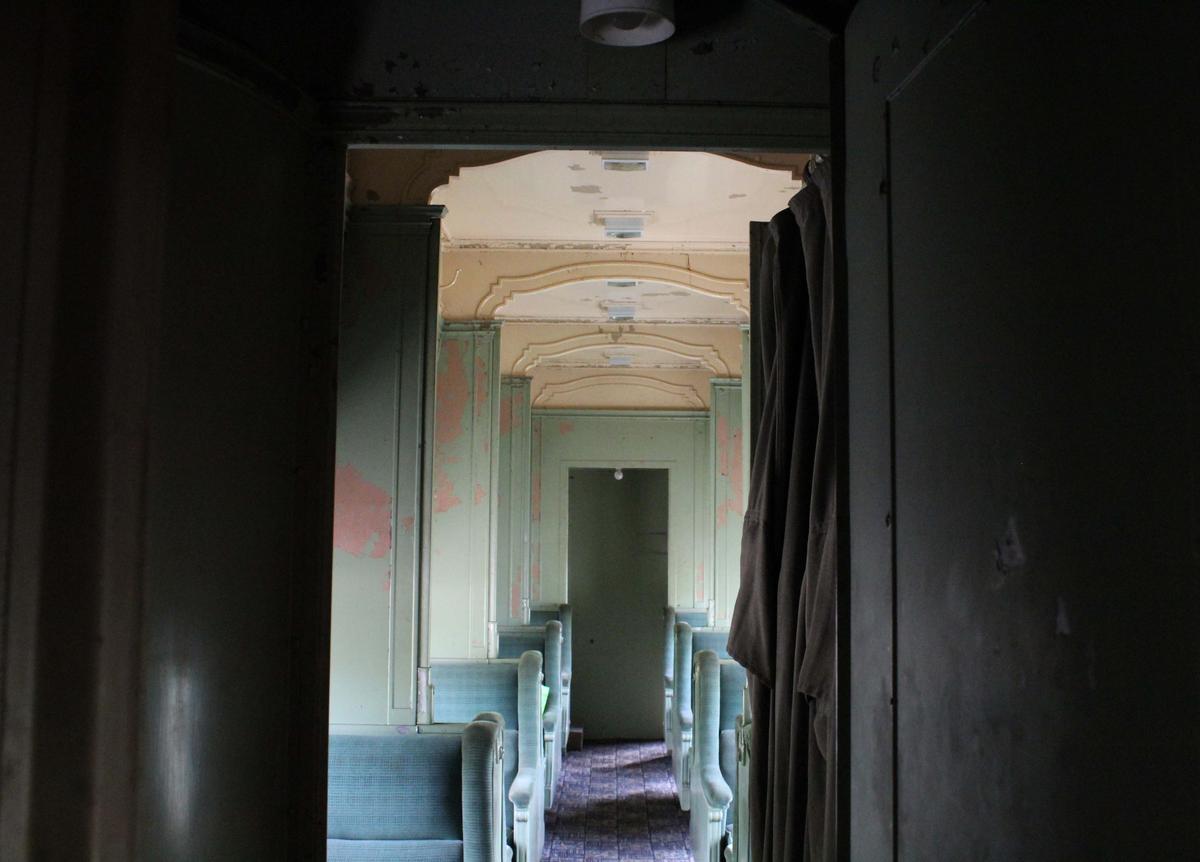 “You rang for a porter. There would be a little call button here and the porter would bring a little mahogany table that would clip in. You could play cards, do any of that sort of thing, look out the window and see America go by.” 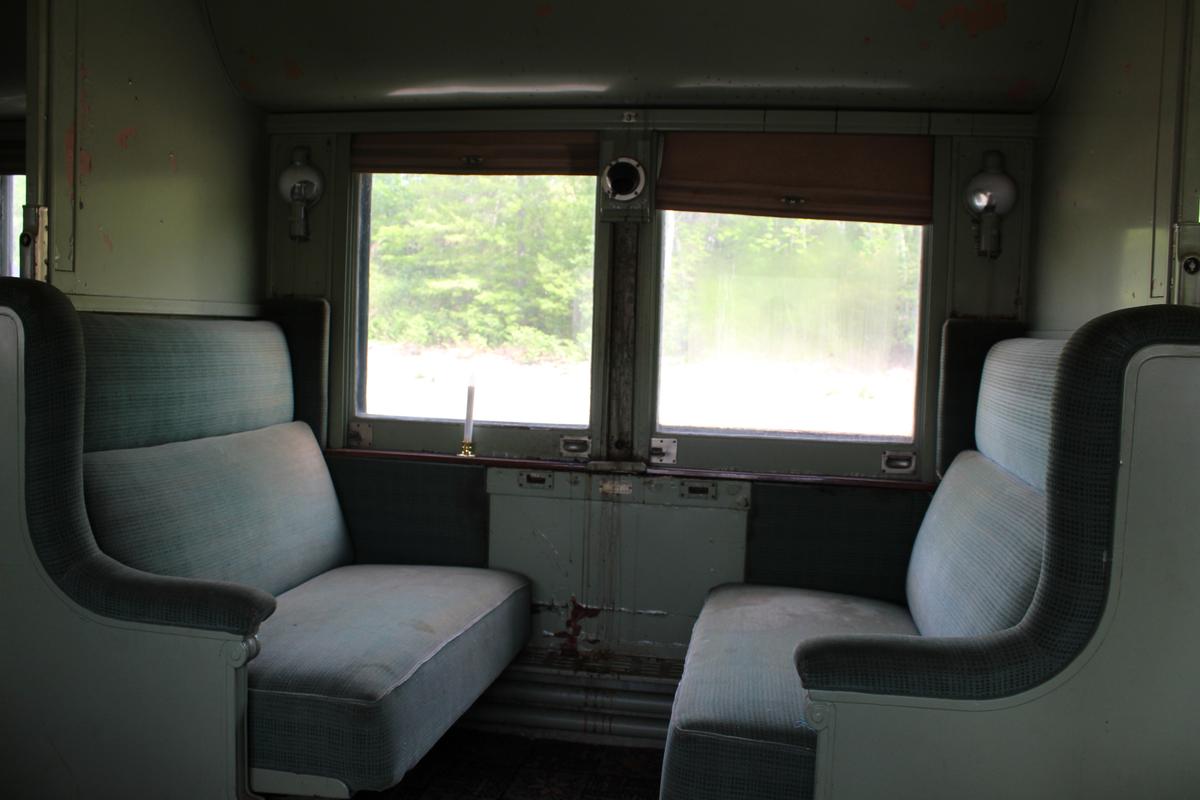 “It was an incredible double whammy,” he said.

Pincus pulls out two books of train schedules and measures them spine to spine.

“This is June of 1941 and this one is August of 1964—what that represents, those missing pages, those are goooone passenger trains,” Pincus said. 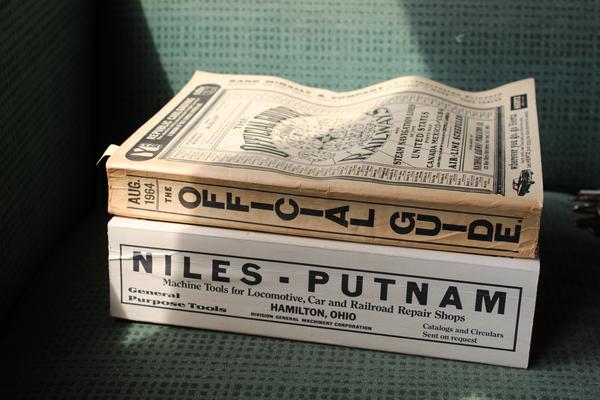 Just as rail service was going under in the ‘70s, the federal government created the passenger railroad company we know today, Amtrak. Connecticut's Department of Transportation Commissioner Jim Redeker says even with federal help, money was tight.

“Amtrak, uh frankly, has been uh, strapped for cash probably through its whole existence,” he said.

Redeker says in the 1980s the two tracks along the Hartford line cost too much to maintain.

“This particular line was falling in disrepair, and they made a choice to actually take out one of the tracks to salvage the metal for scrap value. Um, so that’s how bad it was. We’re talking desperate straits. And frankly since that time there has been very very little work done.” 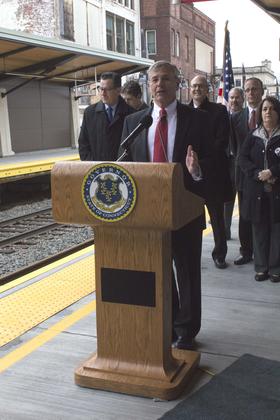 That is, until now. After 30 years, Connecticut raised more than $700 million in federal and state funds to build new stations and bring back that second track.

“Seeing a track-laying machine come through Connecticut and put a mile of brand new railroad down in a day was really an amazing achievement and something that is a once in a lifetime opportunity,” Redeker said.

But that took time. Redeker says workers essentially had to build a new railway, new bridges and new stations—that meant a six-month delay for the opening.

Still, Redeker sees this as a boost for the region.

“This the corridor has never seen rail service like this, and we’ve seen what it means for the economy of the state of Connecticut.”

Redeker says even before service started, towns along the route have seen nearly $400 million in investment—new buildings popping up around the tracks.

One of those cities is Meriden, Connecticut. As an Amtrak train rolls into the station, Caleb Edwards waits on the platform. Edward says he’s excited that his hometown is part of the Hartford Line revival.

“One thing I find convenient is that they are building the downtown area so that creatives can travel a lot. I feel very uh blessed to be in a town now that’s getting a train going to one of the points that I usually go to.” 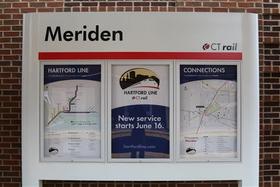 Edwards wants to go to New York City, and he usually has to catch an Amtrak train to New Haven and transfer. The Hartford Line means trains run twice as often at half the price.

And, Edwards says he doesn’t need the stress of traveling through traffic on New England’s highways. And he’s not alone.

On the Massachusetts Turnpike, Eric Lesser takes a call on his drive to the capitol in Boston. Lesser is state senator in the district that includes Springfield. He sees the Springfield to Hartford connection as the first step toward a high speed rail track that would connect Hartford to Boston via Springfield.

“If you link the two regions by rail service, the metro Boston area gets access to a lower cost of living, more affordable housing, and the Springfield-Hartford region gets access to those high paying jobs,” Lesser said.

After three years, Governor Charlie Baker has finally pledged to fund a study looking at that plan. For now, Lesser says Massachusetts’ priority is to extend the Hartford line north through college towns like Northampton, up to Vermont.

Critics worry that the Hartford Line doesn’t really transform rail travel in New England, that the “high speed” trains only reach 110 miles an hour in a few spots, and that there’s not enough federal funding to expand service.

Back on the antique Pullman sleeper car, Howard Pincus says he still thinks politicians have learned a valuable lesson that made them reinvest in the Hartford Line.

“Subsidizing of rail service was actually an important public good because as many highways as would be built, they’d be full. And at what point do you stop building extra lanes on highways. Do you have a 20-lane highway? That’ll fill up.” 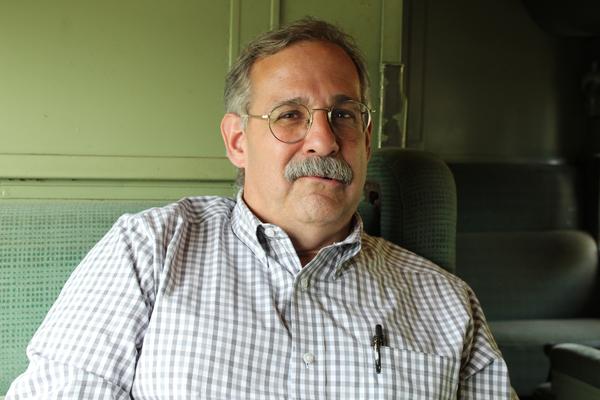 Pincus says without public transportation, nobody will be able to go any place on crowded highways between New York and Boston.

New Train Service Planned For Pioneer Valley, And A Study For East-West Rail

Expanded train service between Springfield, Hartford and New Haven is set to begin in the coming days.

A new Pioneer Valley Transit Authority bus route will give passengers a free ride around downtown Springfield. Officials say the the route will be funded by MGM Springfield.