Like It Or Not, Beer Says Something About Us

I show my classes a picture of a bottle of Budweiser, and in the way they respond to it -- Budweiser, ugh! -- it strikes me that the landscape of American beer has changed a lot in the 20-odd years since I reached legal drinking age.

My students grew up in the age of craft beer, with thousands of smaller breweries across the country, with a diverse range of flavors.

Budweiser is no longer the beer monolith it was when I turned 21.

From this vantage point, we might view the 1980s as the “bad old days” of American beer.

But that’s just one chapter in the history of beer in America. To “like beer” in the 1920s was to engage in an activity that was not only illegal but unconstitutional.

How did we get there?

Prohibition was the family values issue of its day, and held up the saloon as the root of all the country’s woes, from immigrants to domestic violence to lack of worker productivity.

When Franklin Roosevelt was elected in 1932 with his New Deal coalition, part of that deal was the repeal of Prohibition. At that point, 13 years of being replaced by bootleggers had driven a lot of brewers out of business.

That started a downward slide, leading to the beer oligarchy of the 1980s.

Big breweries --  Budweiser, Miller and Coors -- competed for dominance, often targeting through sports ads the kind of drinker who buys beer by the keg rather than the bottle: a super user.

As a prep school jock in 1982, Brett Kavanaugh may have fit into this category of “super user.”

Kavanaugh didn’t quantify his drinking habits in the recent judiciary hearing, and asserted aggressively that he never failed to remember what happened after he drank. But he clearly drank often, and didn’t limit himself to just one “ski.”

Kavanaugh may like to deflect away the correlation between drinking and sexual assault, but the idea that beer enables bad behavior didn’t come from nowhere.

I was back in the studio at @NEPRnet this afternoon, recording a commentary on Brett Kavanaugh & beer. pic.twitter.com/zKzALIEABi

What bothers me about Kavanaugh's testimony is the implication that we're all in the same club.

We're not. He wants to wink and smirk about what his drinking habits mean. Saying he likes beer doesn't make Kavanaugh a bad actor, but it might tell us more about him than he wants us to know. 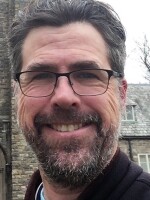