A federal appeals court in Boston heard arguments Tuesday centering on whether Immigration and Customs Enforcement can deport immigrants even though they’ve been granted a state pardon for past crimes.

Two Connecticut residents are currently in ICE detention facing deportation even though their records have been cleared.

Thompson came to the U.S. from Jamaica at the age of 17 and was a permanent legal resident. He was convicted of assault in 2001 but received an unconditional pardon from the state pardon board.

“He was convicted when he was 18 of what I understand to essentially be a bar fight,” Tong said to reporters outside the courthouse. “He was pardoned for 2nd degree assault. It's been 22 years. Let’s move on with it.”

Thompson is currently detained in an Alabama detention facility, and according to his lawyer, has been in immigration detention for most of the last seven years.

"And so when you change course so dramatically and you’re a federal agency like the Board of immigration Appeals you have to explain yourself," Tong said.

A government attorney said that the immigration authorities have unfettered discretion in the matter, arguing that the pardon needs to be issued directly by the governor. But pardons granted by boards in other states, including Alabama and Georgia have been honored by federal officials.

“The key issue here is that the Board of Immigration Appeals, all of a sudden, just decided to treat Connecticut pardons differently from pardons in every other state,” said Greg Romanovsky, a Boston lawyer who represented Thompson. “If it’s a legitimate executive pardon, which Connecticut pardons certainly are, it should be recognized under the pardon waiver clause of the immigration nationality act,” Romanovsky said.

A decision in Thompson’s case is expected in the coming months.

The outcome could also affect the case of Wayzaro Walton, a British citizen and permanent legal resident, who is currently in an ICE detention facility in Boston.

Walton has also been granted a full pardon by the state of Connecticut for non-violent offenses including larceny and conspiracy to commit larceny. She received the paperwork for her pardon in March of this year, one day after being taken into ICE custody.

This story includes reporting from the Associated Press 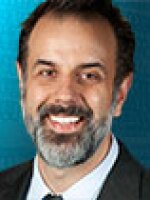 John Dankosky
John is Executive Editor of the New England News Collaborative, an eight-station consortium of public media newsrooms. He is also the host of NEXT, a weekly program about New England, and appears weekly on The Wheelhouse, WNPR's news roundtable program.
See stories by John Dankosky

Diane Orson
Diane Orson is CT Public Radio's Deputy News Director and Southern Connecticut Bureau Chief. For years, hers was the first voice many Connecticut residents heard each day as the local host of Morning Edition. She is a longtime reporter and contributor to National Public Radio. Her stories have been heard on Morning Edition, All Things Considered, Weekend Edition and Here And Now. She is the co-recipient of a Peabody Award. Her work has been recognized by the Connecticut Society for Professional Journalists and the Associated Press, including the Ellen Abrams Award for Excellence in Broadcast Journalism and the Walt Dibble Award for Overall Excellence.
See stories by Diane Orson
Watch Now
Related Content