In Negro League And Beyond, Henry Aaron's 'Victory Over Bigotry'

Baseball legend Henry Aaron died last week at age 86. He broke Babe Ruth’s home run record in 1974, and became the target of white supremacists, threatened by his accomplishment. But long before the Milwaukee Brewers and the Atlanta Braves, Aaron played in the Negro League. Aaron was 18 years old when he signed as an infielder with the league-leading Indianapolis Clowns. He hadn’t seen much of the world as he left Mobile, Alabama, for the Clowns. He had a duffle bag stuffed with two changes of clothes, $1.50 in his pocket, and ham sandwiches his mother had packed for him.

Veteran ballplayers took him under their wing and prepared him for what was to come: jeers from white fans who derided him with taunts of “watermelon,” “dice shooter,” and “cotton picker”; white people in a New Orleans’ ballpark sitting in box seats while Black people sat behind chicken wire.

When Jim Crow curfew laws dictated Black men had to be off the roads by 10 p.m., one teammate warned him, “We need to play hard – and we need to play fast.”

But nowhere did Aaron more vividly encounter racism than on the road, at restaurants. Old-timer ballplayers knew they would frequently have to go “‘round back” to be served cold sandwiches at takeout windows designated for Black customers. If they found a restaurant that served Blacks, things could be worse.

Aaron recalled one afternoon after a rainout at Griffith Stadium in Washington. The team found a restaurant nearby, and ordered their meal. After Aaron had finished, a white server picked up his plate and headed to the kitchen. That’s when he heard it: The crash of dinner plates being smashed.

“If dogs had eaten off of those plates,” he remembered, “they’d have washed them.”

Decades later, Aaron met up with former Negro League teammates at a celebration in Cooperstown. One could imagine him thinking about the advice a teammate had told him years before: “The more fans give it to you, the harder you hit,” he told Aaron. “It’s a victory over bigotry.” 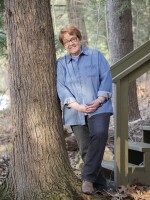