The town of Vernon is considering a new plan that lays out a path forward for the redevelopment of the land around the former Vermont Yankee Nuclear Power Plant.

The plan offers a number of options which include housing, industrial development and recreation, and the town seems willing to move forward with using the site — even if high level radioactive waste remains there.

Last month the Nuclear Regulatory Commission approved a plan to build a new site in Texas, where nuclear waste from Vermont Yankee would be stored.

But the state of Texas is fighting that decision, and it’s likely that the waste will remain in Vernon for now.

The industrial demolition company NorthStar Services has been tearing down Vermont Yankee since the beginning of 2019, and NorthStar CEO Scott State recently led a group of reporters on a tour of the plant.

There’s a gaping hole in the floor of the turbine building that goes down three floors.

At the bottom, there's a machine sitting among the twisted shards of steel and pipes that are spread out across the ground level.

The nearby nuclear reactor used to send steam into this building to make the turbines spin. It produced about a third of the energy Vermont used while Vermont Yankee was still running. 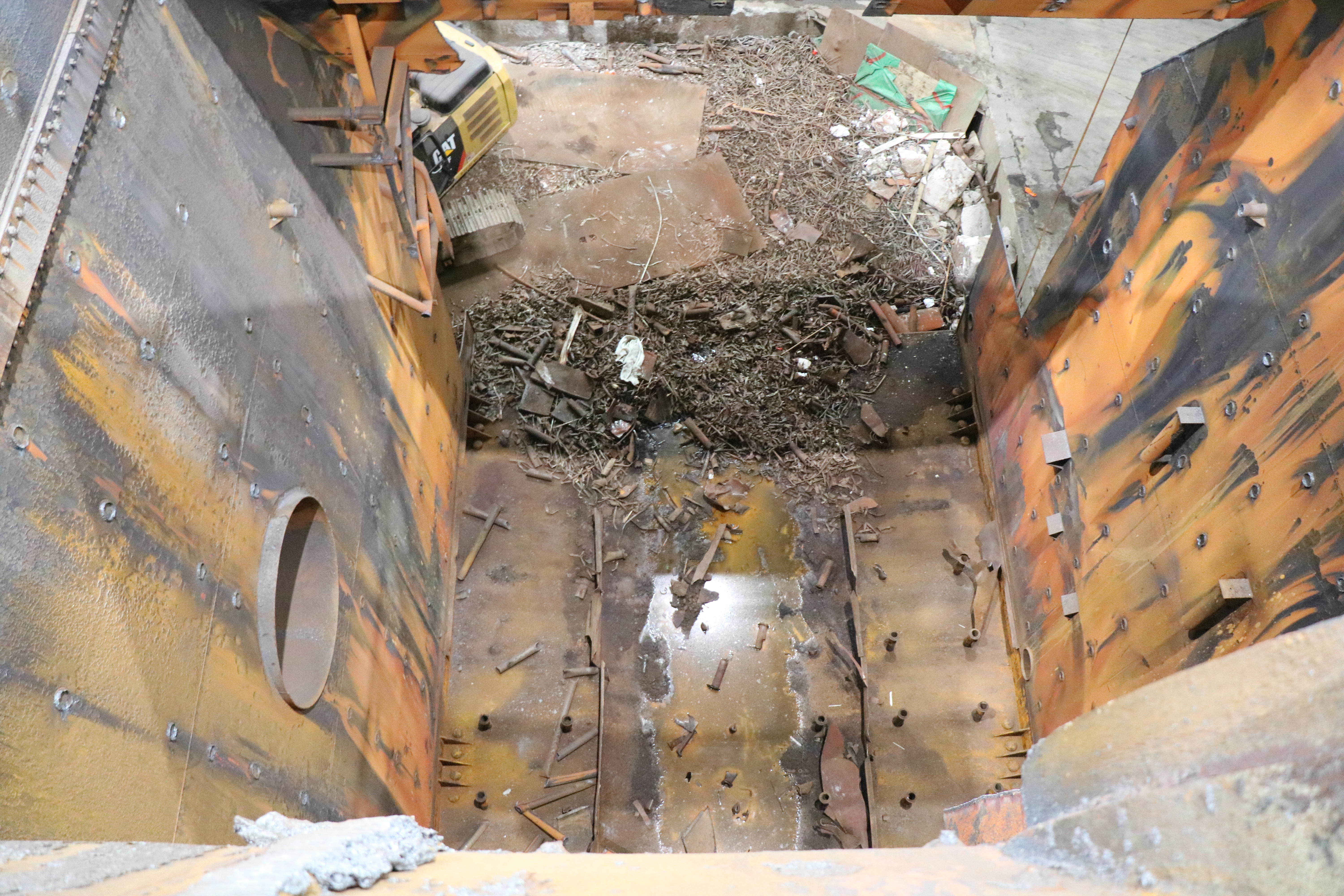 But the massive turbine is the latest piece of machinery that’s been cut up and shipped off, as the decommissioning process at Vermont Yankee continues.

“That’s a 60,000-pound machine with a shear on it that removed all of the materials in this space,” State said, pointing out one of the pieces of specialty equipment that was brought in.

Northstar is about a third of the way through the job here. State says most of the heavy work will be done by 2024, and he says the whole project should be completed before the end of 2026.

A nuclear power plant has never been decommissioned in the United States the way it’s being done at Vermont Yankee.

At other plants, the energy companies hire outside contractors to come do the work.

But here in Vernon, Northstar purchased the plant outright.

And that deal included the $600 million that sits in Vermont Yankee's decommissioning trust fund. That's the money rate payers build up to help remove a power facility when it’s reached the end of its useful life.

Northstar saw that pile of money, and figured they could get the job done for a lot less. Whatever is left over at the end will be profit for the company.

"We think, based on what we’ve learned here, we could do, pretty easily, five to six of these at the same time.”

So far, State says things are pretty much going along as planned, and he wants to take what the company’s learned in Vermont and tackle other nuclear plants as they shut down in the coming years.

“You know, at this point in time, there’s been no real surprises here,” State said. “And we think, based on what we’ve learned here, we could do, pretty easily, five to six of these at the same time.”

State expects the company to make about $25 million when the job is done.

Dan Clark is the site manager and he says so far, more than 17,000 tons of low-level radioactive waste has been shipped out by rail car to a waste disposal facility in Texas.

More from VPR: Solar Suits: This Battle In Bennington Touched Off A Tangled Web Of Litigation

“Some of those boxes, when they’re loaded and full of grout, weigh about 240,000 pounds,” Clark said as a train pulled out. “Some of the boxes have up to five inches thick of steel, as well. That’s for shielding for parts from the reactor."

When the job is done, all of the low level radioactive waste will be buried in Texas.

And the only indication that a nuclear reactor once operated here, along the shores of the Connecticut River, will be the 58 canisters of spent nuclear fuel rods that remain behind.

Have questions, comments or tips? Send us a message or get in touch with reporter Howard Weiss-Tisman @hweisstisman.

At Vermont Yankee Nuclear Plant, A Rumble Over Rubble

Vermont regulators and anti-nuclear activists are unified against the latest plan for the decommissioning of the Vermont Yankee nuclear plant in Vernon.

A Post-Nuclear Reality Settles In For Vernon, Vermont

The Vermont Yankee Nuclear Power Station in Vernon, Vermont, has been decommissioning for five years. By the end of May, New England will be down to its last two nuclear power plants.

The owner of the closed Vermont Yankee nuclear power plant says it has completed the sale of the plant to a demolition company.